The rebirth of a football club

Relaunching the then non-league football club Salford City, the club bought by Gary Neville, Ryan Giggs, Paul Scholes, Nicky Butt and Phil Neville. Our brief was to transform this eighth division, semi professional club into a progressive, iconic brand they and the people of Salford could be proud of. It was clear the heritage of the club needed to be acknowledged in the new design, as was the city itself but most importantly the brand needed be infused with the new ethos of no nonsense, honest, hardworking football. 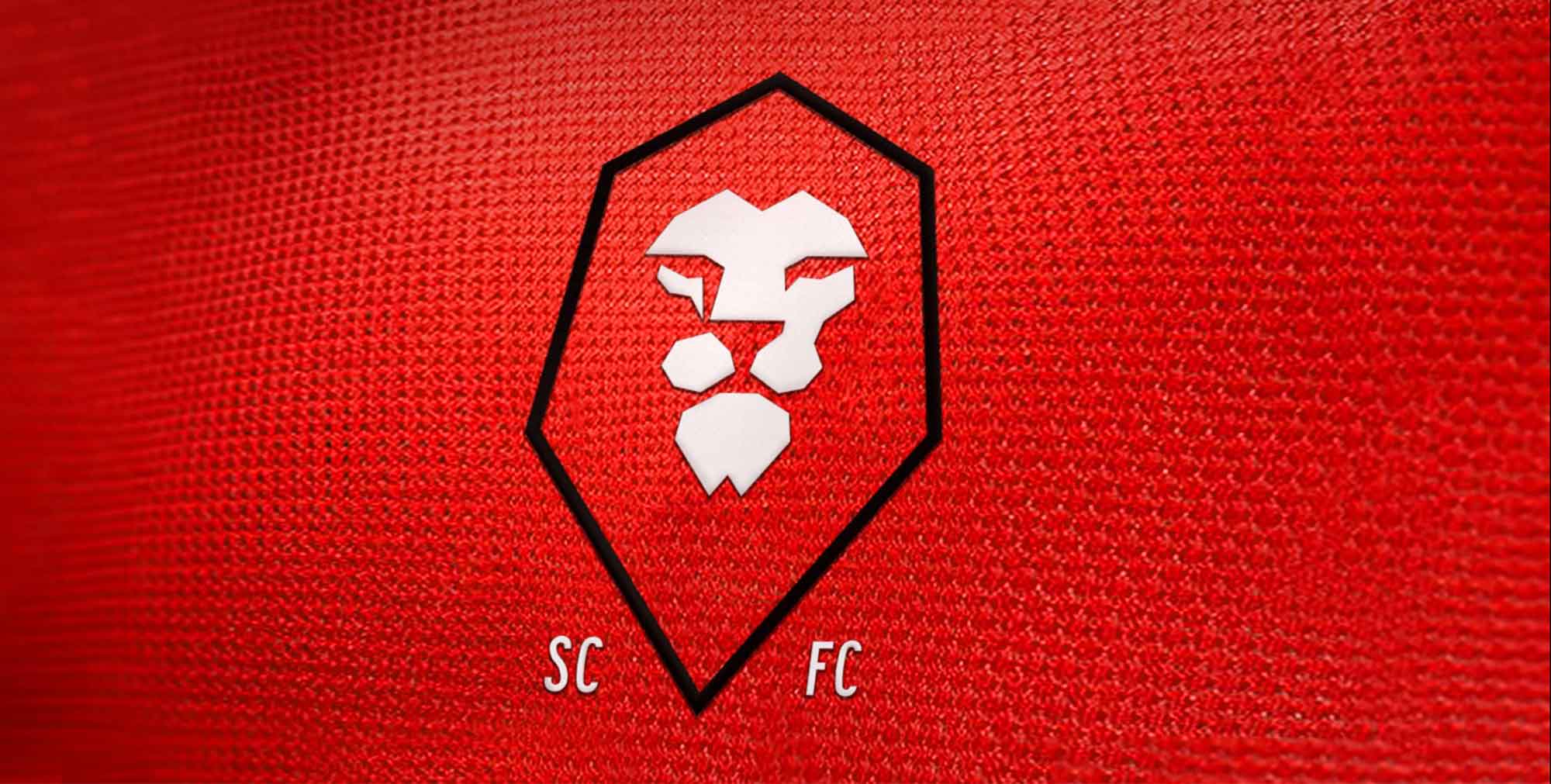 The existing club crest containing the Salford lion was used as a starting point for brand. We kept the lion as it embodied the values of the new club but we turned it to face forward, making it look confidently into the future. We also took special attention in creating the purest, simplest representation of the logo, that could be reproduced easily and recognised unmistakably. The mane was made in the shape of a 6 sided shield that was taken from the profile of a container ship commonly found a few miles away in the Salford dock, the 6 sides was in subtle reference to the 6 members of the Class of ’92.

The new club manifesto was designed into a poster and given out as part of an exclusive match day programme.

A new website was also designed, giving users a wide array of live match data, insights and training tips from the squad. 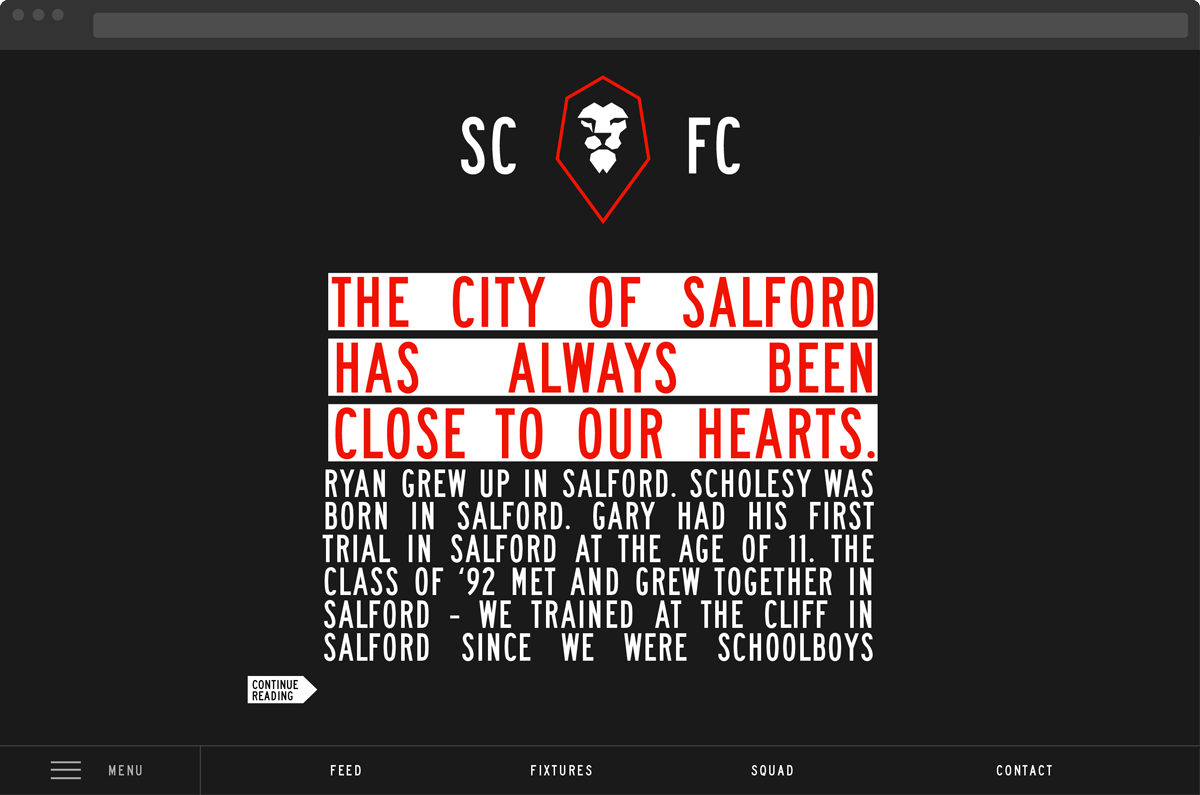 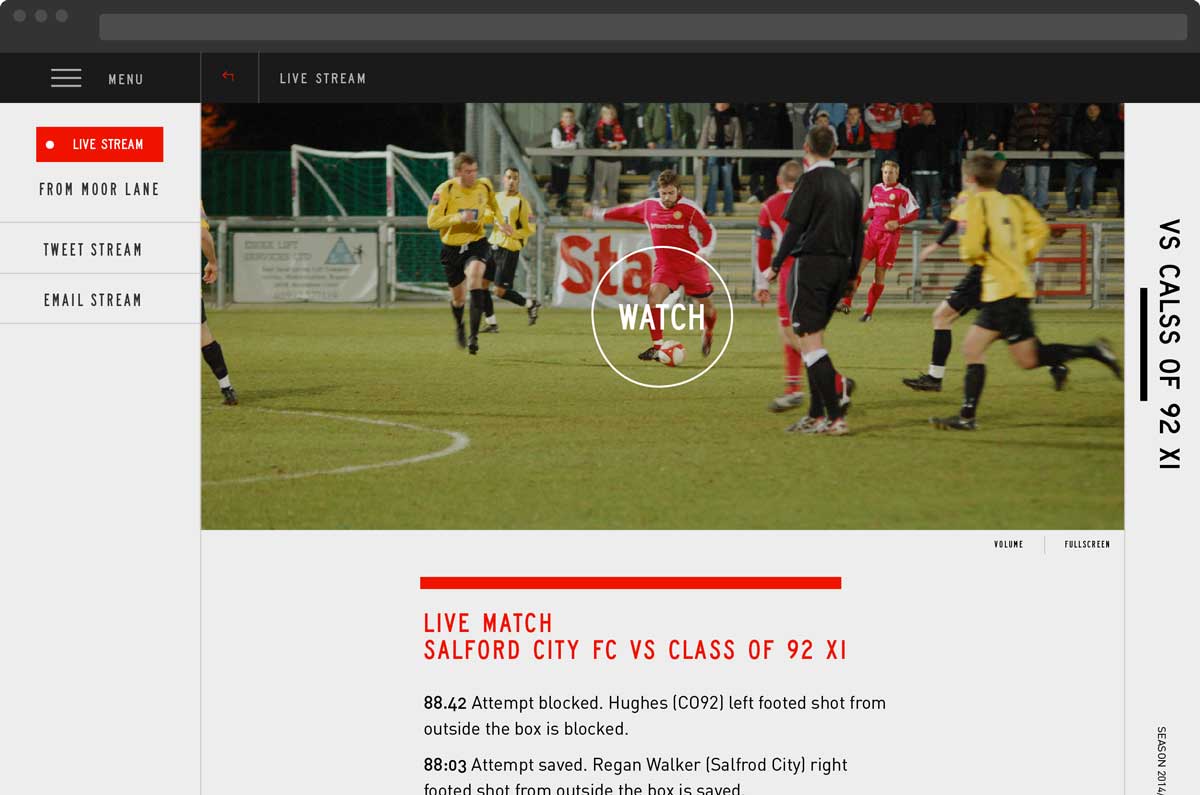 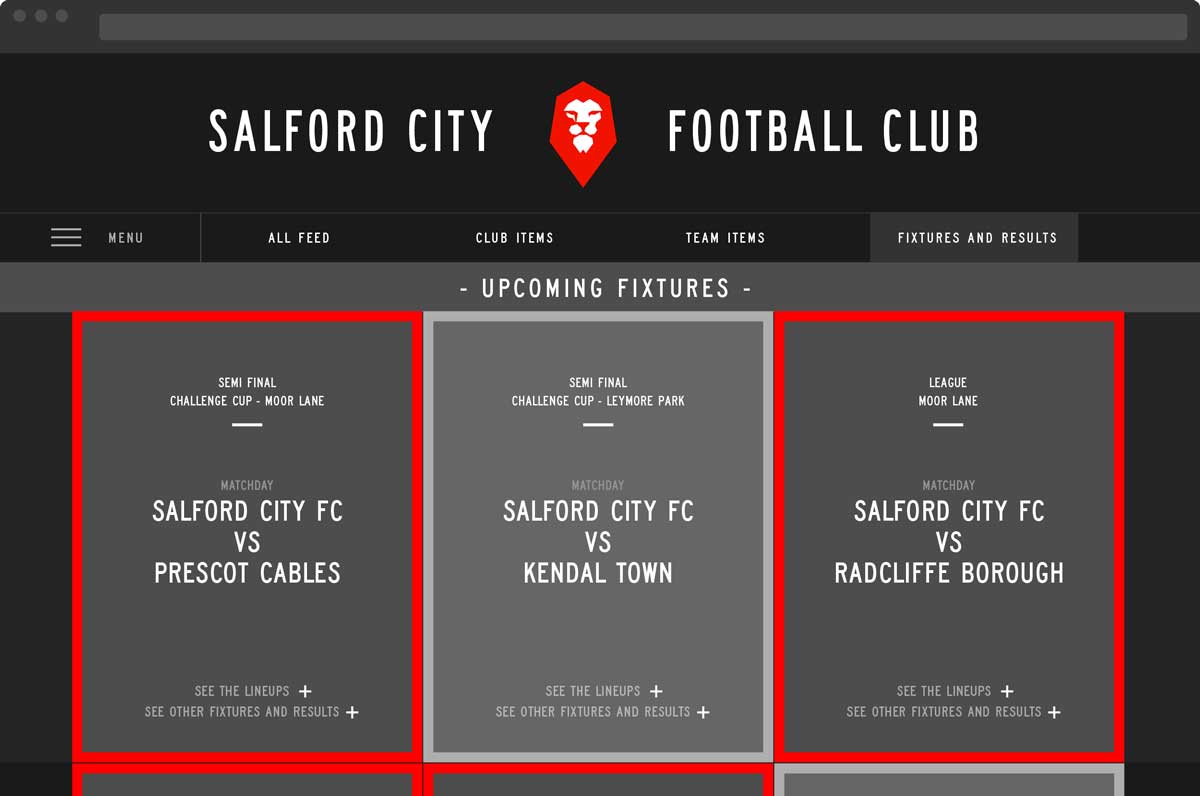 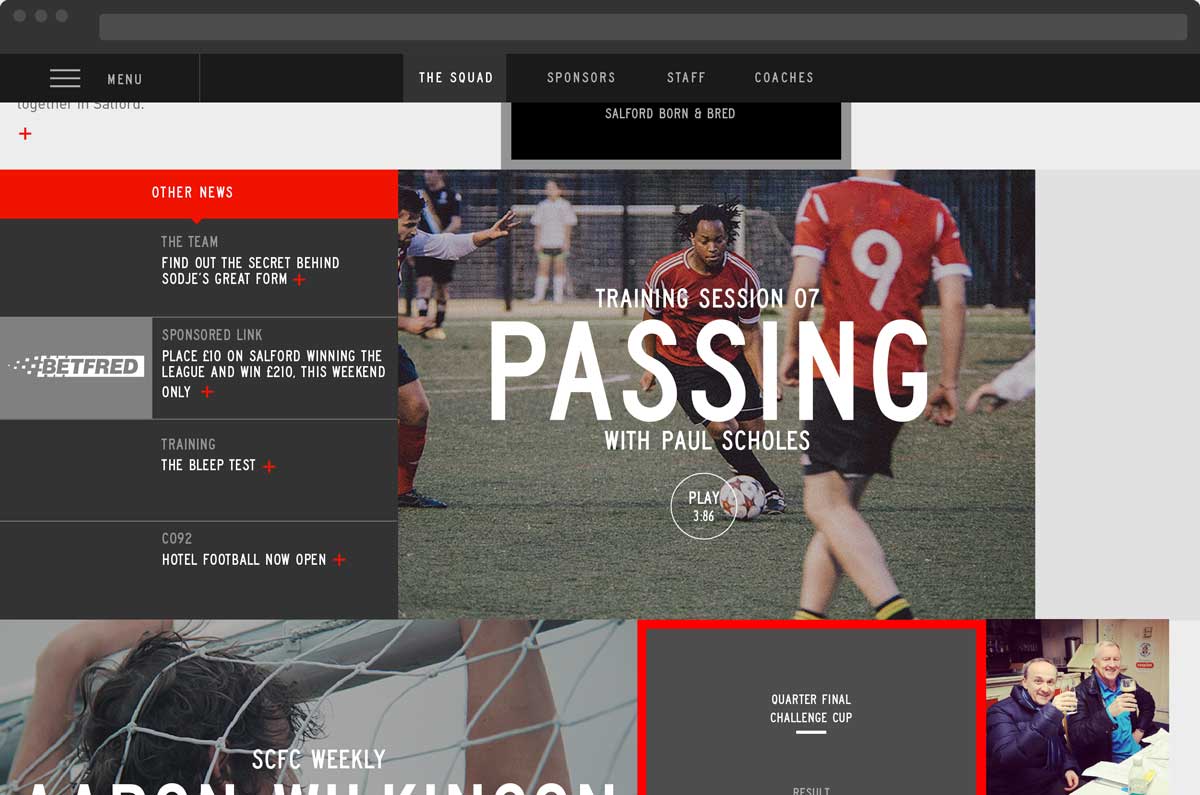 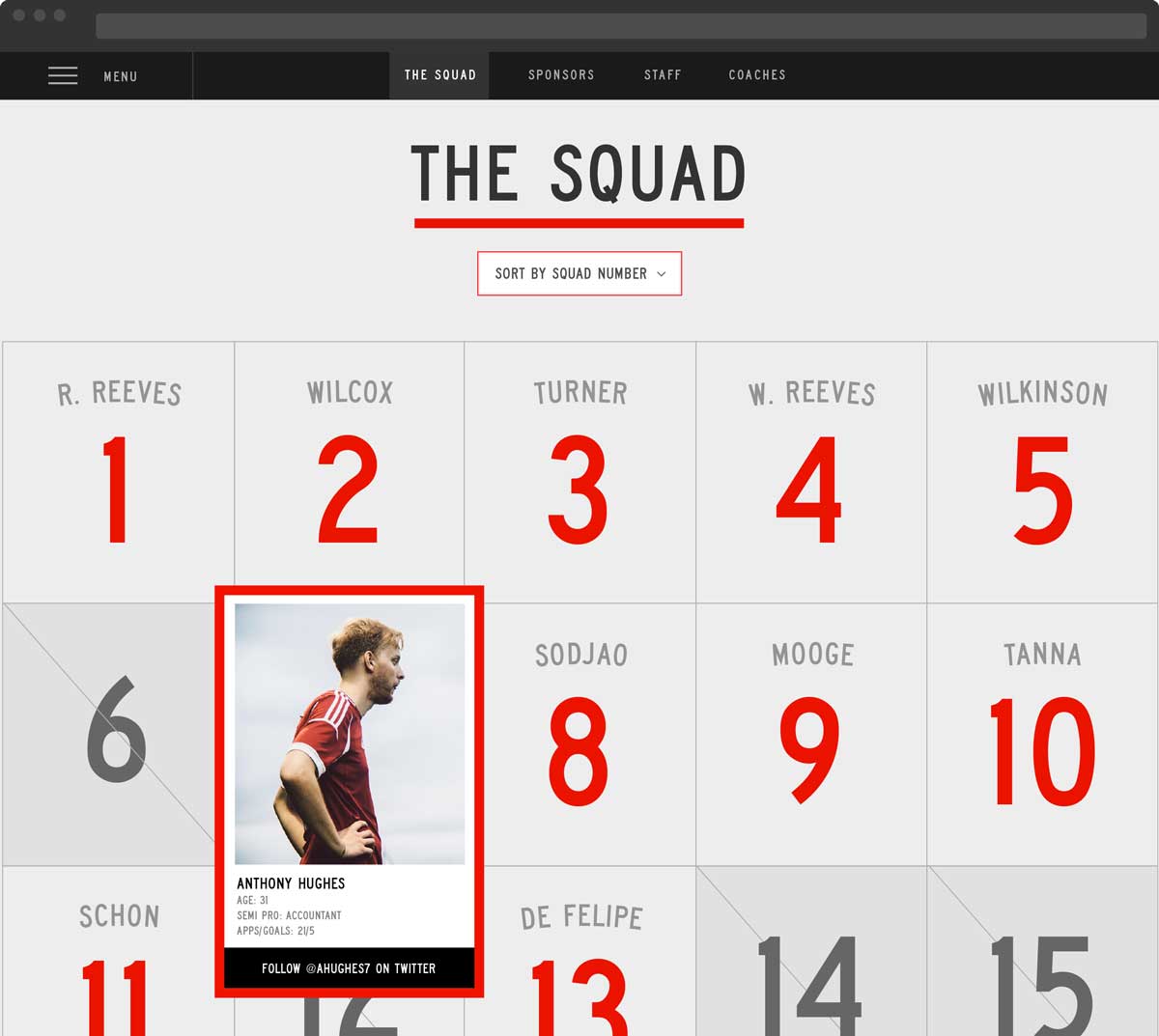 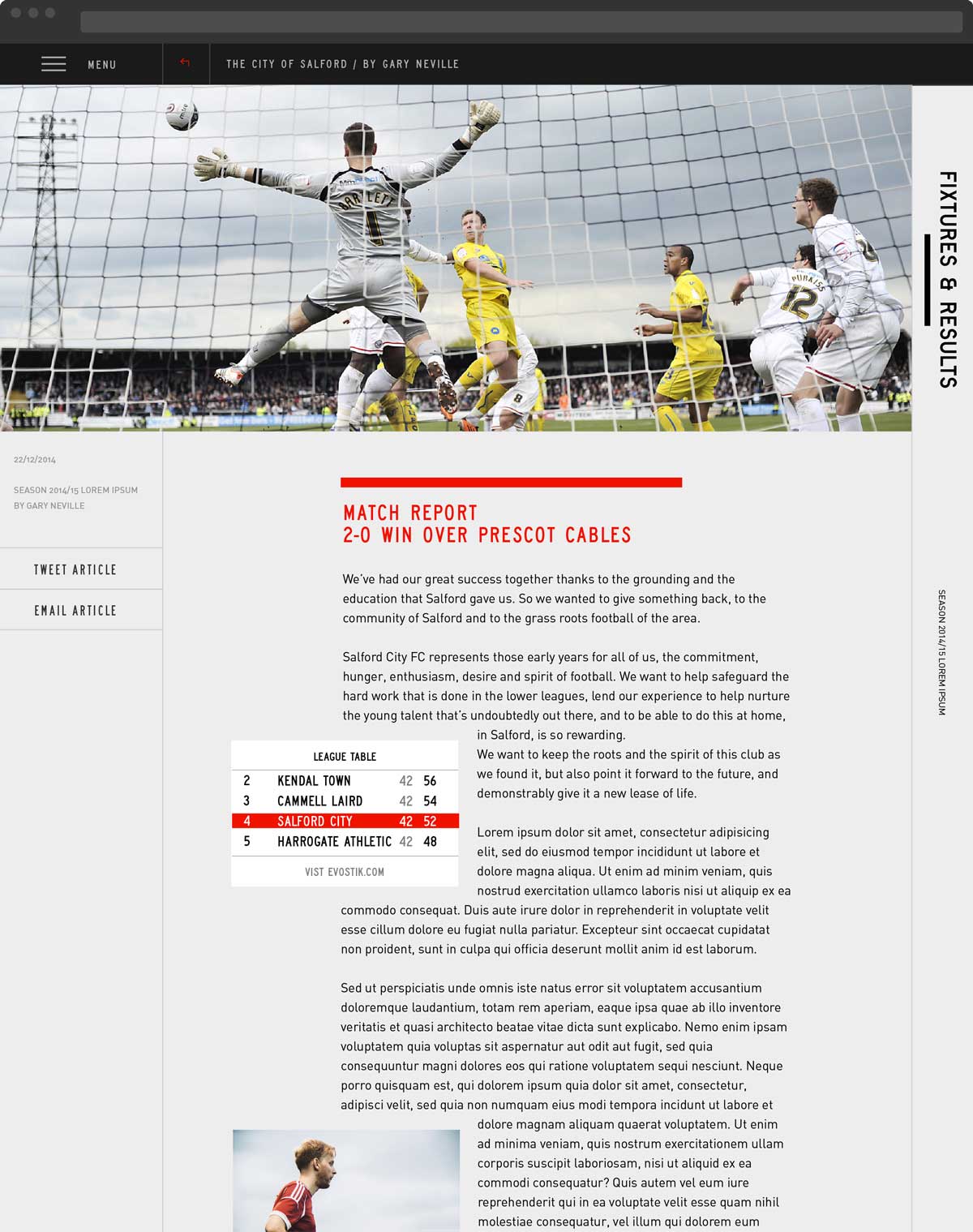 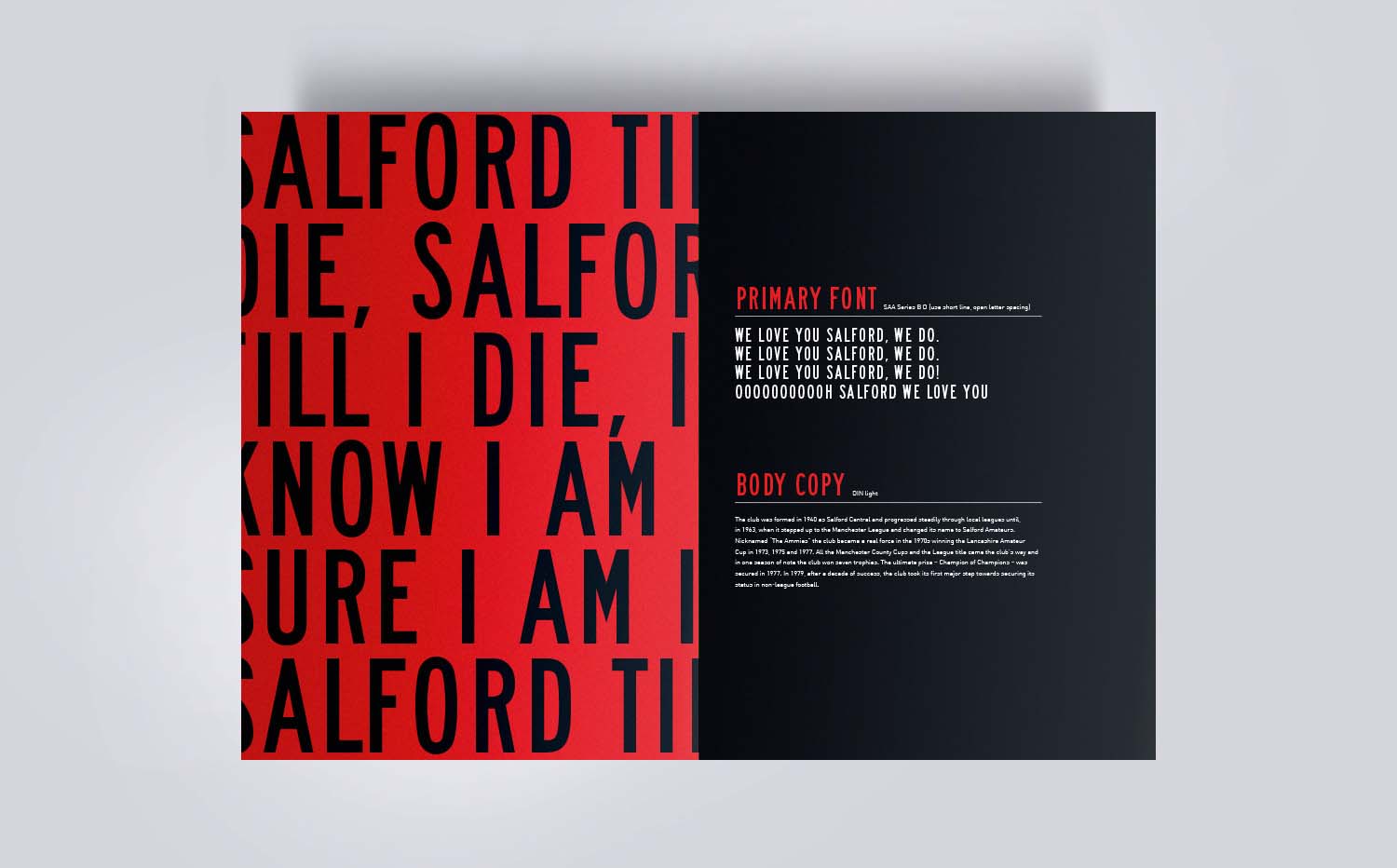 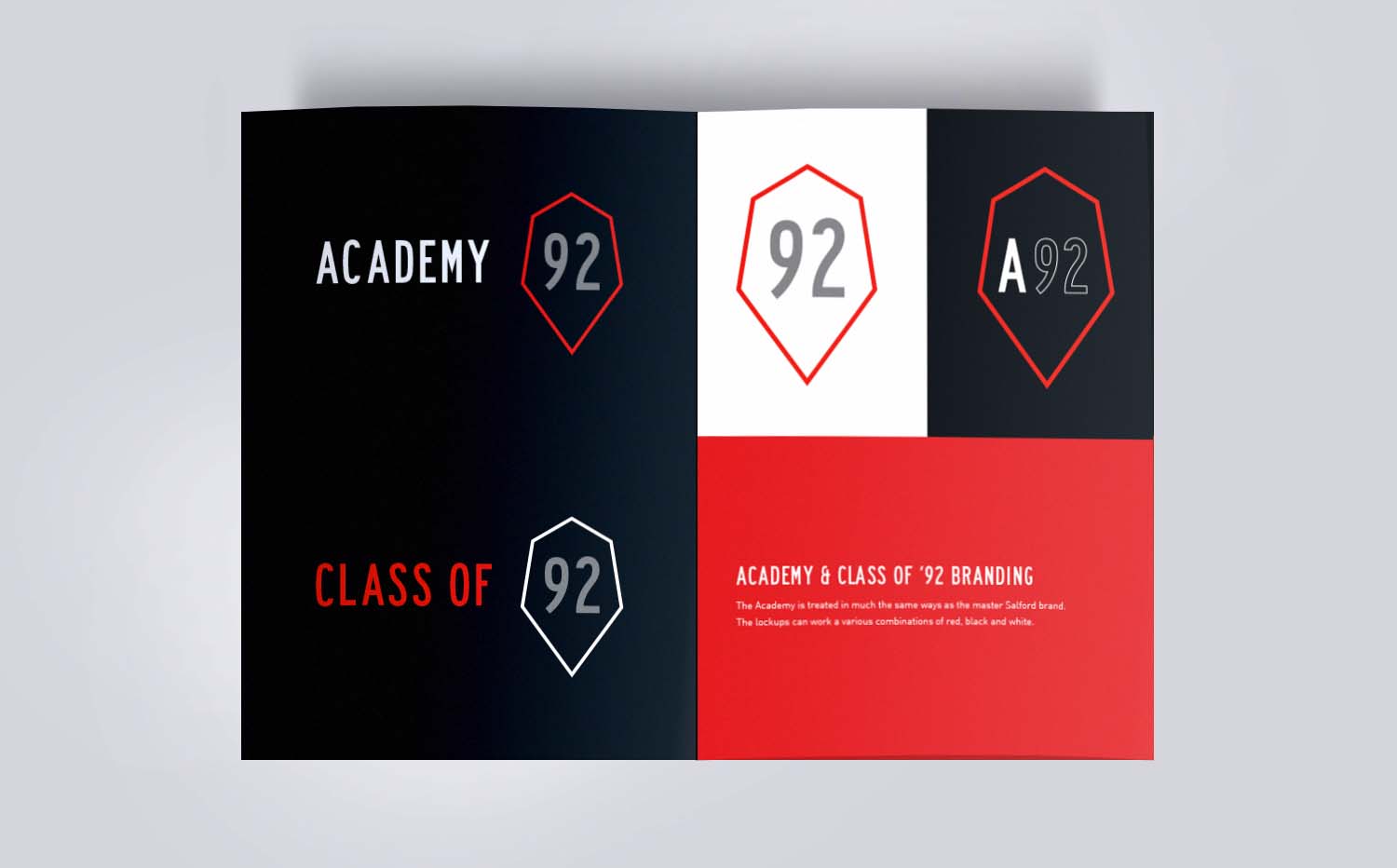 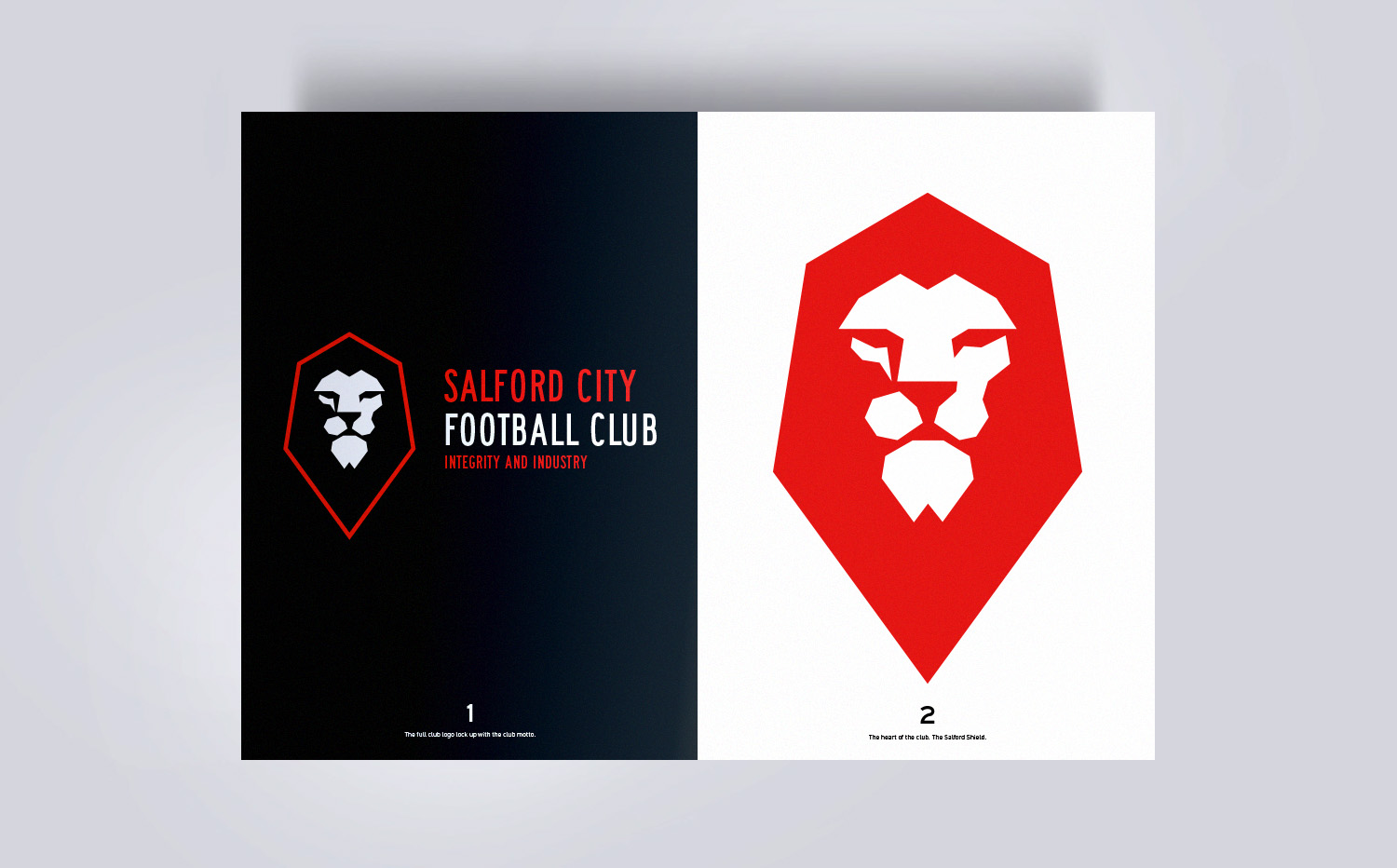 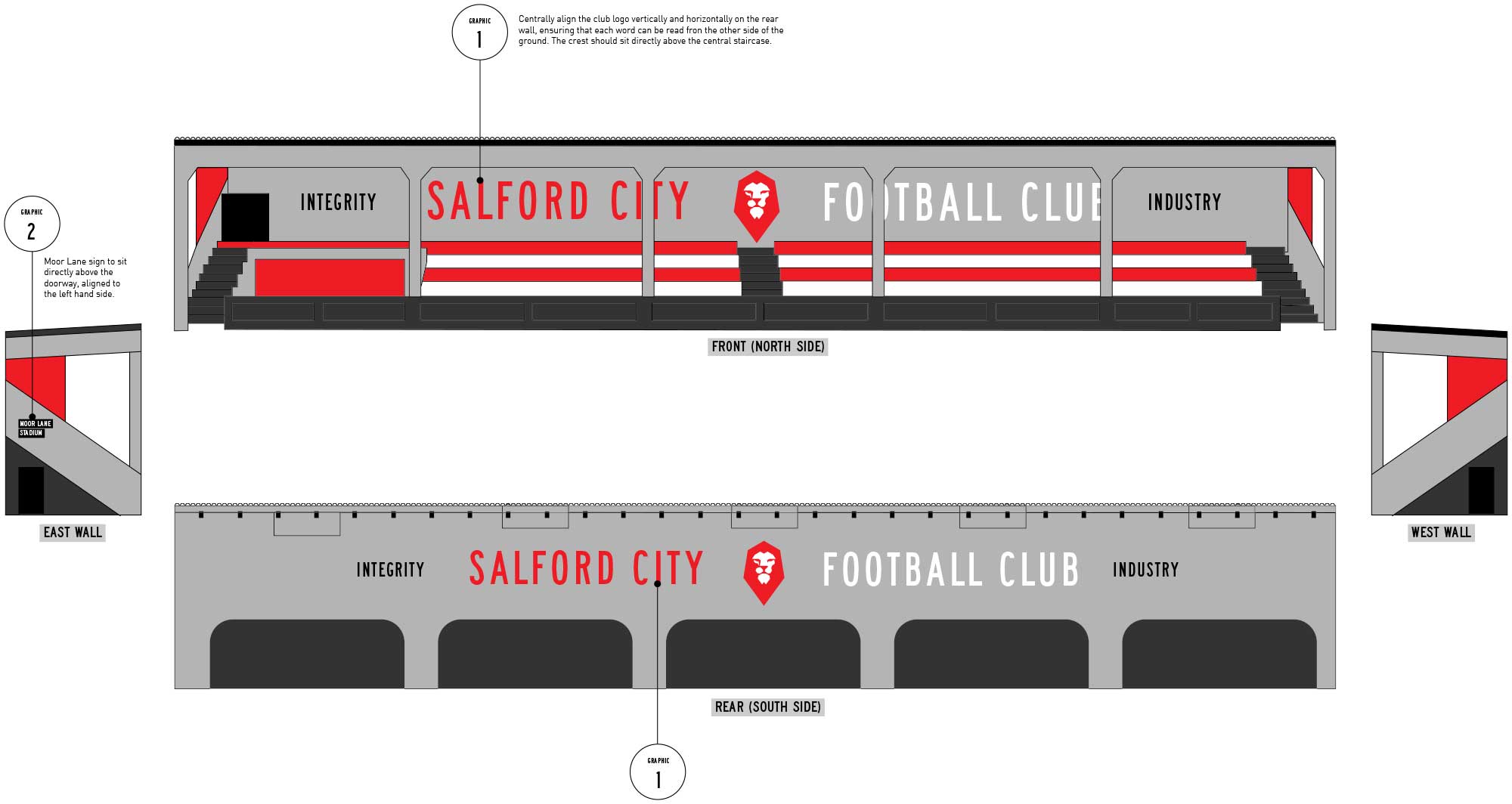